Think you’ve finally got social media marketing down pat? Guess what! Facebook has, yet again, rolled out another big change that is impacting businesses of all shapes, sizes and industries.

Frustrating? Yes. Unfortunately, there’s not much you can do about it other than adapt accordingly.

So, what does this latest Facebook News Feed change mean for your company? And, more importantly, how can you weather the storm? Let’s dive right in and take a look, shall we?

What is the latest change with Facebook all about?

On January 11th, Facebook published a blog post announcing that in an attempt to “bring people closer together and build relationships,” it would be making changes to the way information is ranked and displayed in users’ news feeds.

In less fluffy, feel-good terms, the popular social platform is rolling out changes to its algorithms that will essentially deprioritize posts from publishers and businesses in favor of content shared by friends and family.

For users, this may seem like a welcome change. From a marketing perspective, not so much. Because, as the head of Facebook’s News Feed team, Adam Mosseri put it, this change means that Facebook will be showing “less public content, including videos and other posts from publishers or businesses.”

In other words, when this change rolls out, what you share on your page will get much less visibility.

Not surprisingly, this announcement has sparked outrage from brands across the globe. People have been rioting in the streets, looting and setting things on fire. Ok, maybe we’re exaggerating a bit.

In all seriousness, this change absolutely will have an impact on how your social content performs and less visibility means fewer leads which means less money in your pocket.

The good news is, there are ways that you can adapt your approach so that the new algorithm doesn’t kill your Facebook marketing. So put that pitchfork down, blow out that torch and give the following tips a try.

Not everyone is even aware of these recent changes to Facebook’s News Feed because, since it’s a change that’s mostly impacting businesses, it’s not on even on the radar of most consumers.

The first thing you can do is educate your audience before the changes have been completely rolled out. This is important because Facebook has already built in a remedy. People who want to see more posts from the pages they follow can do so by simply modifying their News Feed preferences. This will allow them to choose whose content they see first in their feed results. 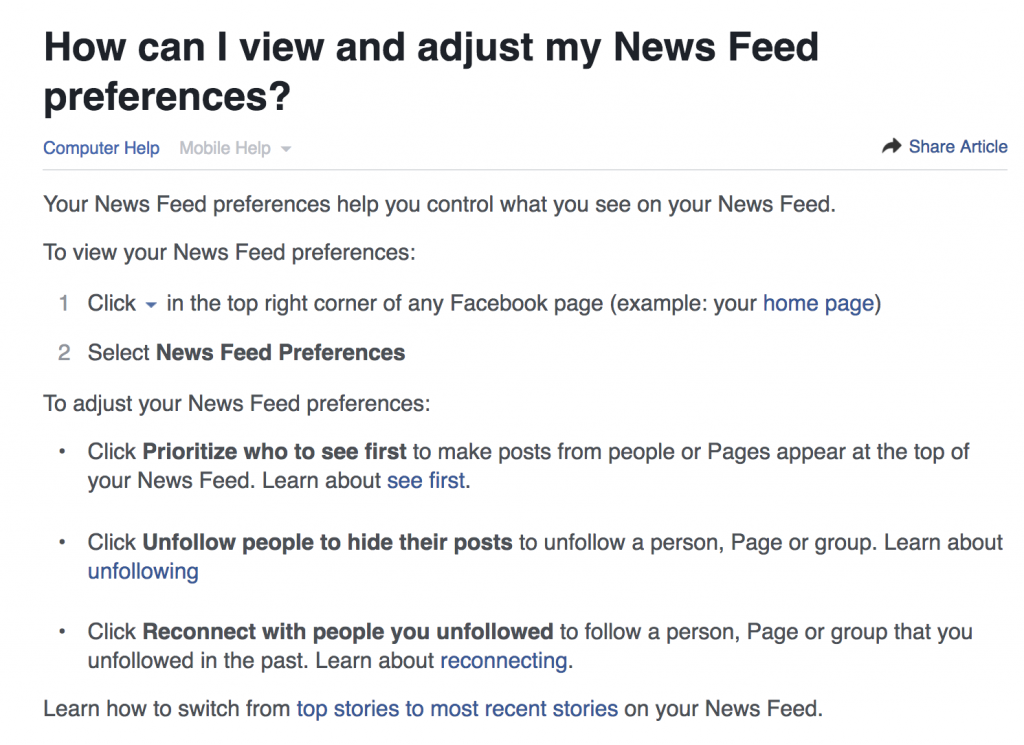 Let your fans and followers know what’s going on and how they can stay in touch with you. You may even want to position your message so that it creates a sense of urgency. Play on peoples’ natural FOMO (fear of missing out) by encouraging them to make the necessary changes right away so they don’t miss out on something exciting you’ve got coming down the pipeline.

This step might help you to prioritize your position with at least a portion of your audience. But what about those who don’t bother following through, or new followers you pick up after the fact? That takes us to our next suggestion.

As these changes (and countless future ones) begin to take place, the single most effective way to consistently get your content in front of more users is through organic sharing – that is, sharing between users. As such, you should have social share buttons on all of your external content.

Furthermore, make sure your social share buttons are clearly visible and appear where the reader is most likely to share (i.e. alongside or at the tail end of an article). Also, make sure they’re visible and accessible on mobile devices.

Beyond this, here are a few more tips for generating more organic shares: 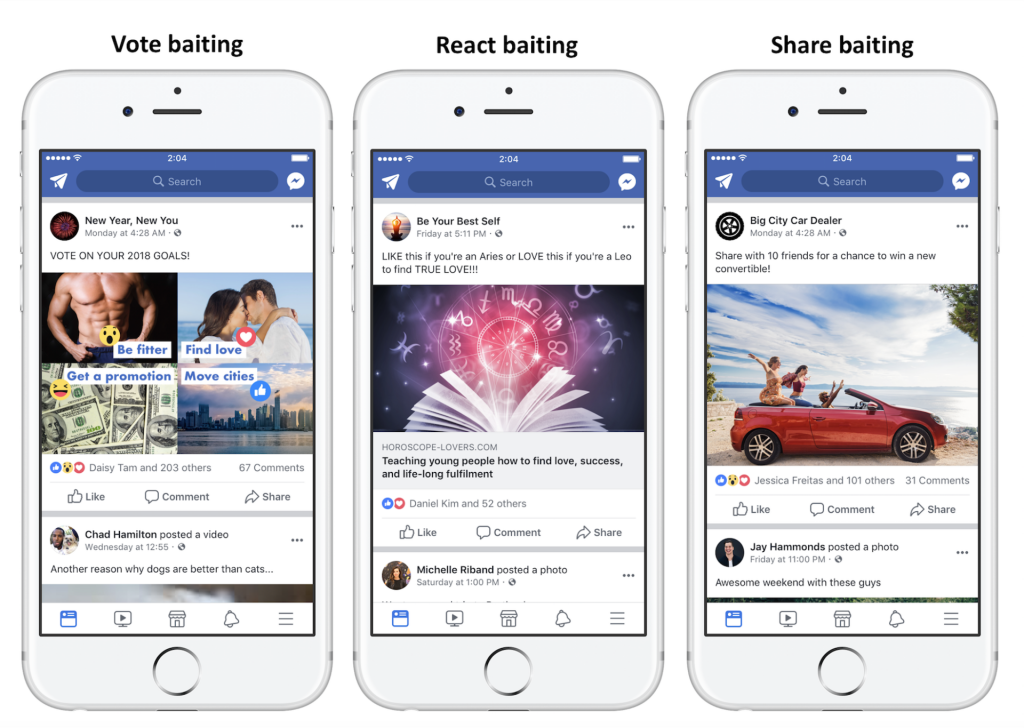 One of the biggest takeaways from Facebook’s announcement was that page posts generating meaningful conversation between users will rank higher in the News Feed. In other words, posts that produce discussions or debates, rather than just one-off comments.

As a local business, you have a tremendous opportunity to create these kinds of conversation-starting posts. For instance, you could post about a popular upcoming event or ask people to weigh in on important issues that are happening within your community.

Here are a few best practices to keep in mind:

Be Thoughtful and Strategic

Resist the urge to throw everything you’ve got at the wall, hoping something will stick. Not only is this a huge waste of your precious time, but it’s also not going to get you the results you’re looking for.

In fact, if you’re constantly bombarding your followers with pointless content, it’s likely to have the opposite effect.

Ever unfollow a page that annoyed you? Of course. We all have. And you can bet your bottom dollar that your fans will do the same to you if you’re not careful about what you post.

But beyond just annoying your audience, posting content that does not generate engagement could actually harm your page’s performance. According to Adam Mosseri, “Pages making posts that people don’t react to or comment on could see the biggest decrease in distribution.” That means that the occasional hot post will not be enough to keep your content in front of users.

Because of this change, it’s more imperative now than ever before that you are thoughtful about the content you share on Facebook. Every update should be done with the goal of sparking conversation and generating engagement.

The bottom line: only share your best stuff and when in doubt, don’t put it out.

This latest change by Facebook undoubtedly has a lot of business owners concerned, and for good reason. The things that once worked are no longer going to produce positive results and there will inevitably be an impact on how branded pages perform. But this shift in algorithm toward more “meaningful interaction” isn’t necessarily a bad thing for your business. After all, isn’t it quality relationships that you’re trying to build with your audience in the first place?

By focusing your time and efforts toward the right areas and knowing in advance what steps you can and should take to adapt to these impending changes, you can still utilize Facebook to attract new customers, engage with your existing clientele and hopefully nurture some leads into conversions.

Still have questions? Feeling uneasy about this or any other Facebook update you’ve been hearing about? Maybe you just don’t have the time to invest in all of the above recommendations. Don’t sweat it. Just give us a call at (469) 587-9833 and let’s work through it together.

This site uses Akismet to reduce spam. Learn how your comment data is processed.